What can your smile do for you?

We cannot negotiate with a reflex. (or a terrorist)

Did you know that there can be invisible enemies hiding in the brains and bodies of many of our children, friends, family members and patients?

These enemies were once our biggest protectors : the primitive reflex patterns that taught us to be aware of danger, make changes to adapt to the environment and reach for things that we needed to survive.  During normal development, these "friends" were supposed to allow us to grow up and not need them anymore as the protective reflex patterns converted to the postural reflexes of normal everyday living.

The process of a reflex that was supposed to "go away" (integrate) being reactivated and "sticking around" (becoming retained) is referred to as a Retained Primitive Reflex.  These old friends had good intentions at one time, but they tend to overstay their welcome in the presence of perceived danger or restriction.

For example, if you were being help against your will, would you want someone to come and rescue you?  Of course you would, but what if they wouldn't leave your side from that point on? It might get old.

That's when these old friends become terrorists that cannot be negotiated with.

The good news is that we can recreate the movements that helped to convert these primitive reflexes to postural reflexes and create an environment of safety, playfulness and intention reminiscent of the natural developmental process that naturally integrates the reflex.

...and that's when simple solutions can be applied to solve complex problems!

Background noise: WHere is the music coming from?

When a patient has the background noise of a retained primitive reflex running in the background of neurologic function, it "plays its music" over everything else that is going on and no one knows how to turn it off.

It can be confusing, overwhelming and exhausting for the person experiencing a retained primitive reflex.  It is often misdiagnosed as:

People with the FPR active may often be very anxious and tend to veer towards negativity which can prevent them from easily moving forward to living a meaningful, interactive life. An active FPR often goes hand-in-hand with an un-integrated Moro reflex.

People with this retained reflex will freeze in stressful situations (among other things).  You can recognize it in someone if their eyelids involuntarily flutter when their eyes are closed.

A retained Moro (startle) reflex can often be "jumpy", easily startled and have very tight muscles and fascia throughout the body.

Yes, this includes the tongue.

This tightness presents as a functional restriction that will not resolve with any form of therapy...except for integration of this reflex through easy, natural movements practiced by the patient throughout the day.

This directly affects the facial neuromusculature.

Can contribute to torticollis, scoliosis, fidgeting, sleep fragmentation and bedwetting.

This might impact the oral environment through the tightening of the fascia throughout the body, neck, face and tongue, asymmetries in craniofacial growth and impact growth and development through the negative effects of impaired sleep quality. 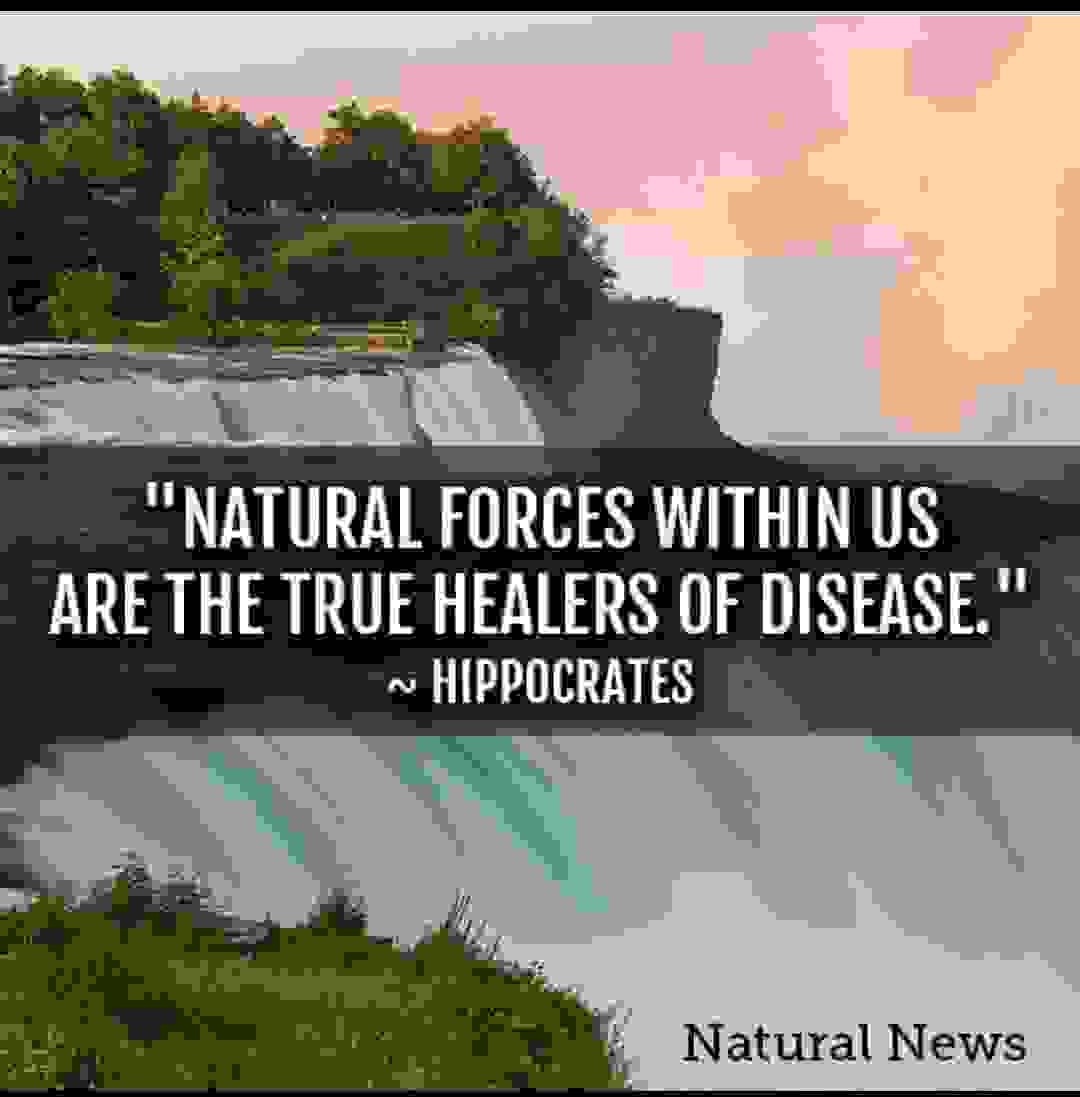 However, if they do remain as an active primitive reflex, it represents a structural weakness or an immature central nervous system that can have major implications in a child’s learning, behavior and future coping with ordinary life. Retained reflexes can be a result of not enough self-movement. With proper motor function training therapy, the neurological pathways can be strengthened through playful movement.

A Brief Explanation of a Few Primitive Reflexes

The Fear Paralysis Reflex. Fear Paralysis results in a functional freezing. During the embryonic stage, the embryo reacts to their mother’s stress and stimulation by withdrawing and freezing.  This protects the baby from the increased levels of maternal cortisol and allows mom to fully focus on the stressful situation. As the embryo develops into a fetus and awareness develops, the withdrawal response gradually lessens and the FPR naturally converts to the Moro reflex.  In a baby, child or adult with retained primitive reflexes, an active FPR often goes hand-in-hand with an un-integrated Moro reflex.

While the Fear Paralysis Reflex is “Freeze,” Moro is “Fight!.

There are three parts of the Moro Reflex in developmental sequence.

Moro A.  Part A is what babies do when startled.  Babies extend their arms.  Adults have an exaggerated startle response that is uncontrollable.  This repetitive and fierce startle response keeps the fascial system of the body very tight.  After all, this person is ready for a fight at any moment.  Relaxation is difficult for these patients.  Chronic muscular tension and levels of anxiety are routinely high.   Retention of this reflex can result in the tightening of the fascial system of the head and neck resulting in lack of muscular range of motion of the tongue in the absence of the visual structural frenum restriction associated with the anterior tongue tie.

Moro B.  The next part of Moro is the contraction – the body compacts to protect itself.  This familiar movement is referred to as the fetal position.  Moro B also reflects the way that we get our first breath. Kissing and blowing assist in integrating this reflex. Rocking side-to-side is an integrative motion that helps diffuse stress.

Moro C. The last part of the Moro is the social impulse. As the baby reaches for its mother, we reach out to one another for comfort and companionship.  Integration can be supported through positive physical contact such as holding hands, giving high five's or fist bumping.

Rooting and Suck Reflexes. Babies “think” with their mouths, searching for their food source with the lips, tongue and jaw all moving together.

Babkin & Palmar Grasp: People with an active babkin or grasp reflex will usually have poor fine motor skills.  They will lack the pincer grip and will also often make movements with their mouth when trying to write, draw, or cut with scissors.  Non-integrated babkin & palmer grasp can develop TMD and tension in the facial muscles.

The movement patterns that we developed as embryos are reflected in our movement as growing children and adults. Triggers such as stress will return us to the primitive reflex patterning.

The return of these primitive reflexes can look like extreme rigidity about routines, smells, foods and other seemingly non-related triggers. These incidents can present as tantrums, meltdowns, anxiety, lack of coordination and disconnect from reality.

By recreating the movements in the proper context of a safe and playful environment and in ways that our brains can remember, we can reconnect the dots that were disconnected during development to allow reflex integration. Adults and children, the low functioning and high functioning can learn to move, feel and think in more integrated ways.

So....where has this information been during the formal training of so many health care professionals?

That is a great question with no good answer.

The important thing is to do better once we know better.

What do we do with this information ?

You have two options:

The Breaker box of the Brainstem

The 12 cranial nerves relay information between the brain and parts of the body, primarily to and from regions of the head and neck, but the 10th cranial nerve extends into the abdomen.

Through the process of individualized development, a person will create biases in their cranial nerve system that result in the creation of gaps that can cause vulnerability.  By activating the sensory and movement components of these nerves, we can both the assess the level of function and activate the cranial nerve system.

By enhancing the patient’s ability to integrate the input from the cranial nerve system using a fun and functional neuroactivation, we optimize their ability to connect their body and their brain while improving their reflex patterning through positive life experiences.

DO you want to learn more about the fifth nerve?

Performing an individualized baseline assessment of how the patient’s cranial nerve function (CNF) in the analogy of GPS can help people understand the importance of optimizing our operating system. If we do not know where we are, we cannot efficiently make a plan for where we are going.

The impact of trauma acts like a roadblock and alternate routes are utilized to reach the desired destination. Sometimes this can be highly inefficient and can present with symptoms of chronic pain, allodynia and referred pain.

The concept is fairly simple but the interpretation can be as complex as the level of training achieved by the provider analyzing the results. When you turn on the light switch, does the doorbell ring? If so, the location of the switch might be correct, but there is a wiring issue This is an example of how the anatomy can be right and the function be wrong. In the context of the assessment of the 12 cranial nerves in the context of the bias of the retained primitive reflexes, this is often referred to as cranial nerve dysfunction.

For now, integrating somatosensory, motor, and hemisphere specific training based on sound principles of neurodevelopment with school and educational environments that incorporate hemisphere-specific training along with comprehensive programming to reduce maintained primitive reflexes, after careful controlled clinical trials and investigations of neuroplastic effects can be a promising approach as part of a multicomponent system that could potentially reduce the effects of developmental deficits and delays in both developing and developed counties with little expense.

"Conclusions were that motor problems do not disappear with age and that the same diagnostic instruments and treatment methods can be used for both children and adults with sensorimotor difficulties."

Just in case you needed even more information

There is much evidence that can be found in medical, neurological and pediatric journals on primitive reflexes and brain development. Here are a few references from the great body of evidence.

Impact of Retained Primitive Reflexes
There is a growing body of evidence connecting retained primitive reflexes with a variety of disorders including cerebral palsy, autism spectrum disorder, ADHD and learning difficulties. Here are a few of these references.

Efficacy of Movement Programs for Helping Those with Retained Primitive Reflexes.
This is an emerging area of research which continues to grow. Here are a few of these references.